A few months ago I was invited to Wellington, the capital city of New Zealand, to lecture about my new book on several occasions. This video shows one of these lectures, before an audience invited by the thinktank New Zealand Initiative and gives a good summary of the main analyses in the book. [Read more below video]

It was an exiting trip with a lot of meetings and discussions with an open and learning audience. Maybe that was caused by the fact that their Prime Minister, Jacinda Ardern, is currently my main example worldwide of the kind of leadership, #civilleadership, I think is the future of leadership that is necessary because of the disruptive power of citizens? At the big drama of the slaughter at Christchurch she showed a spontaneous ‘one-of-us-citizens’ attitude. An attitude of compassion and empathy on the one side, and a tough hands-on use of her position to change the laws about the arms that were used in the masssacre. These are the main elements people want to see in their leaders: empathy and an understanding attitude on the one side (personal!), and using your position for the necessary change on the other (delivering!).

I definitely also liked attending and lecturing for another thinktank and at the yearly conference of the Association for Public and Political Leadership (PUPOL). I complimented them with their name because it showes that they already are on my page: the political arena will lose its dominance to a general public arena, what I call the big disruption of democracy. This will further increase the competion around public leadership, with totally new challengers and newcomers from outside politics who not even have the ambition to get political positions or government topjobs!. I have the impression that most politicians by profession are just learning that a kind of disruption of democracy is going on, so they definitely will not be ready for this big disruption (see my blog with a first explanation)!

The main themes I address in this lecture are about new public leadership, the new public arena because of the permanent public grandstand, as I called it in my book, the impact of the battle for the eyeballs on current public leadership and the way citizens are currently using their new power.

I learned a lot by listening to the remarks and examples in the reactions and questions in New Zealand and overall from their perspective from a totally different culture, institutional environment at the other end of the world, from my perspective. Hope to be back and join the discussion when their thinking has further progressed. 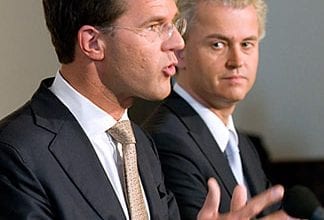 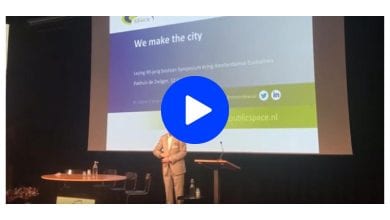 We make the City – video