As could be seen in my disseration (2014) and underlying research I have a lifelong interest in leadership, especially with a focus on the common good and the values, purpose and character that explains that focus. 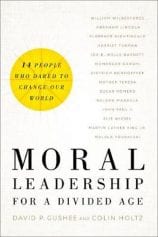 Whith the same intention the authors of this book (Brazos Press, USA) investigate and analyze 14 ‘people who dared to change our world’, ranging from Abraham Lincoln to Mohandas Gandhi to Nelson Mandela and Elie Wiesel. One of the observations they make is that in real and everyday life people often also see this kind of leadership, so it is already their bias to select these ‘famous and well known’ persons. There is a second bias in their selection: these are the ones a lot of people already see as good people doing the right things for society and changing our world in the right direction. These are persons of which there is a general belief and image, they have kind of gained this good public image. The reason I call it a bias in their selection, is because this general image stands squarely against the normal tendency of looking for flaws, misdemeanours, incidents, that can be found about every person, especially the ones who try to be leaders!

“…, quick to discover faults, we dismiss people. We chase fairytale notions of human perfection and condemn people when they fall short.”

In my own research of 33 civil leaders, of which some were well known in the Netherlands, I met the same criticism and even amazement about my selection of these persons as civil leaders, which of course has a positive connotation. In my research they were defined as ‘persons who have realized special public value in a personal, onorthodox way’. The first comment of most people, especially the ones who knew my examples of civil leaders personally, was often to remind me of what went wrong in their leadership, what they were negatively named for and, even, what they didn’t do and should have done. So, it is very right that the authors at the end of their analyses notice: ‘…, quick to discover faults, we dismiss people. We chase fairytale notions of human perfection and condemn people when they fall short’. What makes their analysis more objective and more real at the same time is that they also describe the flaws, bad character traits and even misbehaviour in the lives of these persons, which is of course against their common and now positive public image. They look at: ‘… the imperfect lives of real people’. In their description they look at three elements: moral impact, moral character and moral purpose. Of course in every person they find a different mix of these elements and even their appearance and characteristics in their lives and works.

At the end they summarize common themes in the work of these persons:

This book is inspirational in its search for right moral behaviour of some famous persons with leadership qualities and moral impact, without treating them as ‘ saints’, that are beyond our own efforts, position, circles and moral intentions. 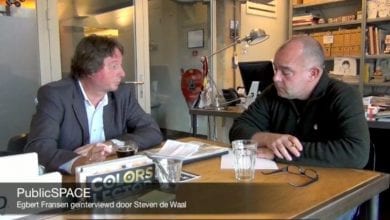