We will use the agenda from our latest book as we outlined and summarized in another, adjacent blog, to see if it can help to discuss and clarify the next agenda and strategic answers after this crisis. Now seems the time to do so: to look beyond this crsis to what’s next and next steps to be taken. In these discussions we especially seek to collect observations, experiences and insights from a leadership perspective. As a kind of first testing of this agenda and triggering your own renewal of strategic thinking, we now give some examples of the many things we already observe and remark in this current crisis. The book and its summary now work as a strategic frame you can use to sharpen your own strategic intelligence.

The scale and impact of this corona crisis is so big and unprecedented that everybody, including big companies and public services, have to rethink, as Public Space is doing here, their strategic plans and even the perspective and principles behind it. This is a time of revolution, disruption and transformation, that came without warning!

Observation a. The battle for public authority is everywhere to be seen, especially now between political leaders and the experts, like virologists and medical scientists. This battle includes, as predicted, the broad battle for public authority: all kinds of persons now show themselves as some kind of ‘expert’, often based on a very vague background, sometimes even only a celebrity status seems enough to know what should be done. And then of course the public ventures all kinds of questions about all persons, official or non-official, who claim public authority: Why should we listen to them? What do they really know for sure? Are they feeling or even aware of the worries I have? At the same time for an official political leader it is not possible not to go into this battle and hide behind ‘the experts’.

Observation b. The need for political leaders to show civil leadership is now also everywhere to be seen. It is no longer enough to define your position and your leadership as enough to win political battles and political positions. As an official political leader you now need to show civil leadership to worrying, quarreling and reluctant or even disobedient citizens by empathy for their worries, by being personal and show how you’re dealing with your family, with distancing or working from home. We can now see the biggest range in political leaders (but that already was the case before the crisis!) with Donald Trump, president of USA on the one extreme and Jacinda Ardern, PM of New Zealand on the other side. Donald Trump shows he wants to use this corona crisis to win his old political battles, especially the next elections, ignoring his role to be a leader for all Americans and to show reassuring and proactive leadership for all people now. On the other side of the scale, we see Jacinda Ardern, who shows the combination of empathy and the attitude of ‘one-of-us’- citizens (including her familylife in lockdown) and at the same time taking harsh and necessary measures (motivated from the same values of empathy and citizenship!) to saveguard the country and its people.

Observation c. We can now see a lot of new civil and social intiatives to help the neighbours, the neighbourhood, the family, elderly people, including the ones in nursing homes, and even local entrepreneurs. Civil society shows itself in all its strength and activities. On the other hand we don’t see innovative examples of using the new platform technology to facilitate and grow these kinds of actions, the citizenship platforms we predicted. That will be a consequence of the fact that nobody now has the time, energy or even ambition to build these kinds of new platforms.

Observation d. The main strategic point that is obviously not corroberated of course is the prediction that the balance of power in the triangle of state, market and civil society will sweep to the last one. It is now all and only state power, like laws, public regulation and police control, public health organization and public finance, and so, state leadership. Market is nowhere and needs help from state. Civil society is very helpful and active, but a bit out of sight, as is often the case, except of course for the ones who benefit from this attitude and organizations based on citizenship, like philantropy, volunteering, donations, social entrepreneurship in neighbourhoods etc. In dictatorships or fake-democracies this even leads to a further destroying of citizen rights or institutional balance of powers, a real power grab. That was already acknowledged as the institutional basis beneath our analysis of this upcoming power shift: that it possibly was biased very much to only OECD countries or Western style democracies. This crisis now gives us the real life test if the new internettechnologies in combination with active citizens and citizenship feelings and values will win in the end or that the institutional, formal and constitutional power balance (and all the power tools with it) is leading.

Observation e. All boards of commercial companies that on the one side operate totally in line with their old ideology about ‘pure’ capitalism and private profit driven entrepreneurship, and go on to increase bonusses of their executives or give dividend back to shareholders, while at the same time obviously leaving this same ideology behind them and holding up their hands for support from government. The public protest against this attitude is not about this inconsistency, but explicitly, negatively and publicly about their lack of citizenship, civil responsibility and citizens’ values!

We hope these first observations, following our previous strategic frame from our last book, will give you the trigger and challenge to rebalance your own strategic thinking and further helps you to look beyond this current crisis and the crisismanagement you probably are now in the midst of.

We wish you all wellbeing and health, for you, your families and networks! 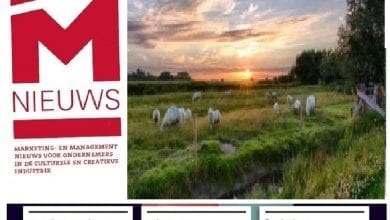